We will be closed on Monday 28th of February as we are taking our staff out for a work function, sorry for any inconvenience and we thank you for your understanding 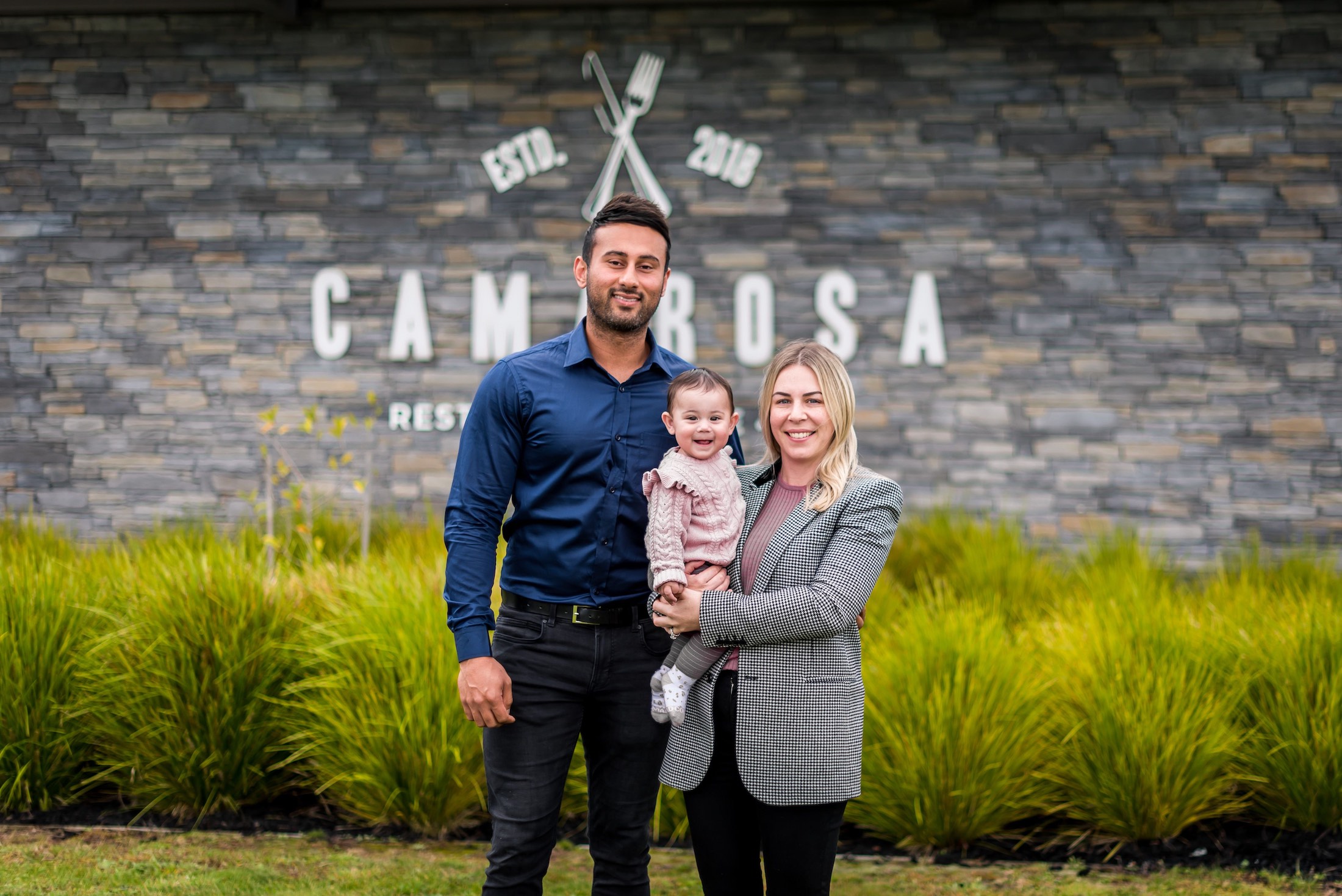 Camarosa and Ruakura Berry Farm is proud to be a locally owned and operated family business. Founded by husband and wife, Kamal and Danielle Dhillon, Ruakura Berry Farm was established in 2014. Their story originates from a core and underlying passion for horticulture. Kamal, being a second-generation strawberry farmer, grew up on a local farm in rural Tamahere under the stern guidance of his father, Charanjit. Following almost two decades of farming under his father, Kamal would later learn the trade for himself and establish his own independent berry farm in rural Ruakura.

Over the years, the Ruakura area would soon be recognised as a prominent business-hub for start-up businesses focusing on food-tech innovation and more. This would later support Ruakura Berry Farm on its journey to become a rapidly growing business in the heart of rural Ruakura. In 2019, Ruakura Berry Farm became well recognised and were voted for having the best real fruit ice-creams in the Waikato alongside having the best tasting and freshest berries. Having initially started off with a small patch of strawberries, their farm now offers the largest pick your own strawberry field in the Waikato. The farm has now started growing raspberries, blueberries and of recent, blackberries and boysenberries in their fields.

Having been born and raised in Hamilton, Kamal and Danielle wanted to bring a new dining experience to the city. They wanted to create something that had never been done before being a new restaurant with a modern country style. Taking inspiration from Danielle’s nutrition background and their overseas travels around Europe, the two wanted to create a destination for families where they could come and pick strawberries, enjoy fresh and healthy food and finish their day off with an ice-cream. It has always been a dream of Kamal’s to share his family’s passion for farming with his friends, family and now to his community.

Camarosa is proud to support local businesses through food, produce and sponsorship. Camarosa uses fresh, local and seasonal ingredients in its menu with a focus on incorporating as much of their home-grown berries as possible.

Kamal acknowledges his parents for their inspiration, contribution and support over the years and says that without his family, Ruakura Berry Farm and Camarosa wouldn’t be here today.  From the Camarosa family to yours, they hope that you continue to enjoy their food, drinks and fields for many years to come. Kamal and Danielle have worked tirelessly to bring their love for berries and food to life so that you and your family can continue to experience the best produce and dining experience that the community has to offer. They have future plans to continue developing their farm and surroundings so that they can continue to share the quality of experience and produce for generations to come.

Public Holidays
11:30am till late